What does Brexit mean for vaping?

What does Brexit mean for Vaping?

In the EU we have seen laws change for vaping multiple times. The biggest change happened in 2017 when all nicotine products had to be TPD tested. This meant no more 5ml tanks as the laws stated no tank capacity can exceed 2ml. All premixed nicotine e-liquids could no longer be sold in 30ml, 50ml or 100ml bottles. All bottles with nicotine must now be in 10ml bottles maximum. In addition to this, the maximum contents of nicotine in a bottle was capped at 20mg.

In the previous year on Thursday 23rd June 2016 the EU referendum took place and the people of the United Kingdom voted to leave the European Union. This made us almost certain there would be changes to the vaping laws when we official leave the EU.

So, what can we expect?

Several members of parliament feel we should be encouraging a wider health debate in what way e-cigarettes are utilised in public spaces. For example, shopping centres and public transport. The same MPs are willing to present data based on facts and findings which could benefit the industry as a whole. Bringing freedom to vapers in public spaces.

As we mentioned before the limitation of nicotine in products. There’s a possibility we can see nicotine salts change to higher strengths. This is to accommodate for heavy smokers who fail to benefit from vaping low nicotine strengths such as 20mg. Increasing the nicotine levels in salts could encourage more smokers to switch to vaping. However, due to current laws the maximum nicotine contents in a bottle can be 20mg.

We can expect changes and laws being revisited for the general public and vaping. With the United Kingdom being a “pro-vaping” country, we can definitely see some laws amended. However, do not expect any changes soon. This could take months for it even to reach parliament. In the meantime, we work together and enforce our community by raising awareness of the benefits of vaping through the channels we can. 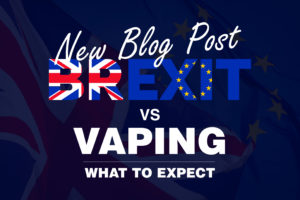