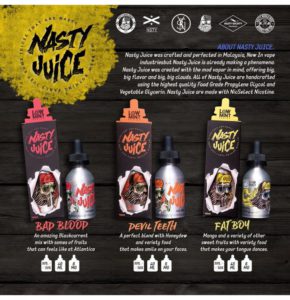 Fatboy is a blend of ripe exotic mango of the east, Its smell is aromatically pungent but not over powering and consists of a cool exhale perfect for a nice summers day.

Bad Blood is a sweet earthy blackcurrant flavour with mint. It is one of the most sough after flavours especially in the UK and is brewed to absolute perfection.

Devil Teeth is a fresh sweet Honeydew flavour which has captivated thousands of Vaper’s for its superb flavour and cool exhale. 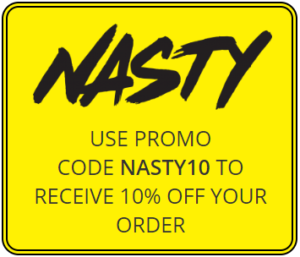